A standard photometer basically works with a silicon detector in combination with a v(λ) filter to correct for the spectral sensitivity of the human eye. The output current of the detector is directly related to the measured photometric measure value.

The v(λ) filter is primarily optimized to measure the standard illuminant  A (CCT: 2850 K) that has its maximum output in the IR area of the visible spectrum and drops down to the UV area. The accuracy of these filters is not very high at the low end of the v(λ) curve because in case of the standard illuminant A most of the intensity is in the longer wavelength. So the effect of an inaccurate measurement in this area is marginal. 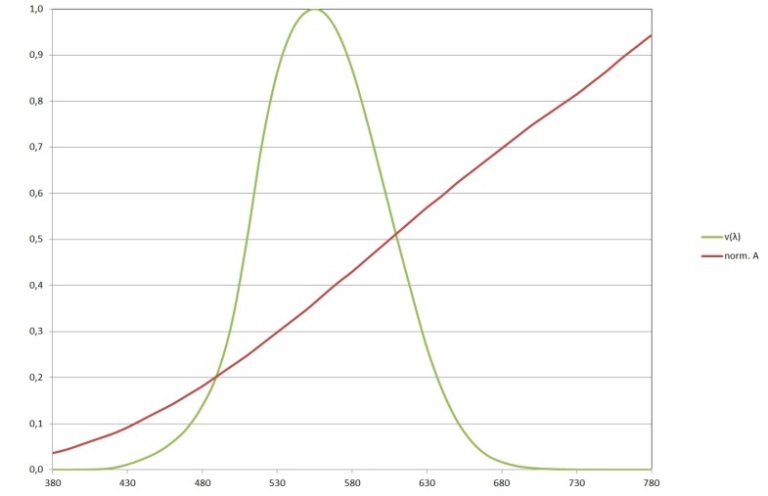 v(λ) curve and spectral distribution of norm illuminant A

So when measuring a normal light source with a broad spectrum the photometer works very well. But when measuring a LED light source the spectral distribution can be very different. Most of the LEDs do not fill a wide range of the spectrum. A typical white LED has a high peak in the blue area of the spectrum, whose influence to the color coordinates of the LED can not be neglected. In case of single color LEDs you will only see a peak with a half width down to 10 nm. So a measurement error as high as 100% can be the consequence when using a standard photometer to measure LED device. 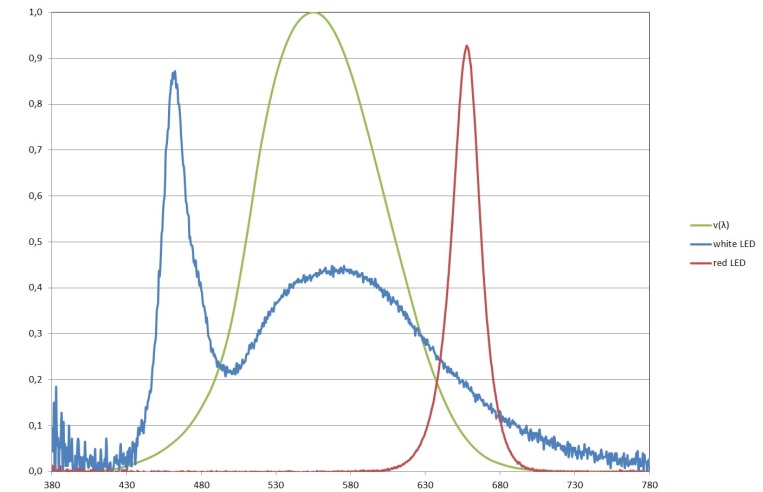