One of the most important artificial light sources is a tungsten filament lamp. When heated to a certain temperature, which depends on the resistance of the filament and the applied voltage, it emits light. The color of this light is closely related to the filament’s temperature. Although a tungsten lamp is not a black-body or Planckian radiator, their emitted relative spectral power distributions (SPDs) are very identical.

With increasing temperature of the Planckian radiator, the emitted energy also increases and the peak shifts towards shorter wavelengths. 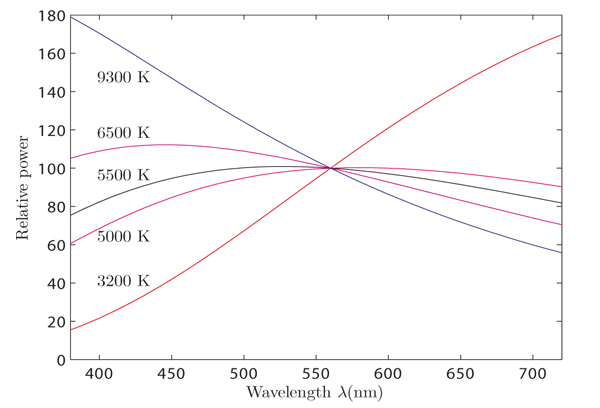 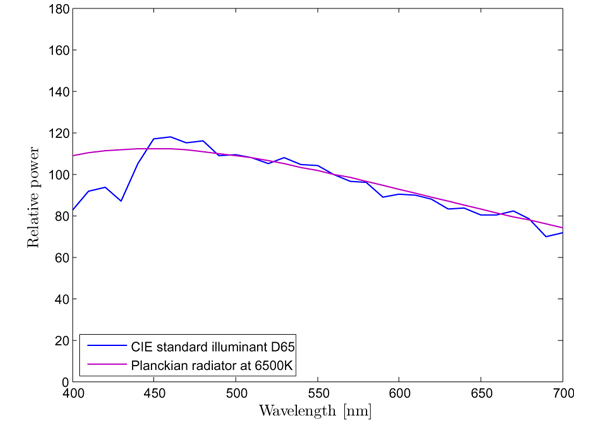 CCTs can be even assigned to light sources that emit light regardless of their physical temperature, such as fluorescent lights. The color of the sky, for example, changes during the day. Correlated color temperature can be used to describe sky’s hue, although the color changes are not related to a change of the temperature, but to the Rayleigh scattering in the atmosphere.

Correlated color temperature gives an idea of a hue of an illuminant, but since it is an approximation related to a black-body radiator, it is more appropriate to describe the illuminant's hue using CIE chromaticity coordinates, CIE XYZ tristimulus values or to use relative spectral power distributions.