Resolution is the ability of an imaging system to reproduce spatial frequencies. Some people simply use the resolution to describe the limiting resolution, but it can also show the comprehensive information relating to the ability of a camera to reproduce low, mid and high frequencies in various contrasts. Spatial frequencies are what natural image content is made of, so it important to know how your camera can work with this content.

All of the charts shown here will help you learn more about the resolution and the image quality of your devices.

What can we learn from it?

The green horizontal lines through the captured patterns cross different frequencies. A resolved frequency will be seen as a distinctly changing signal between black and white (left side). If the frequency is too high, the signal displayed on waveform monitor will stop toggling between black and white and the pattern will no longer be clear because the camera will just capture “gray” (right side).

When to use it?

What can we learn from the MTF? 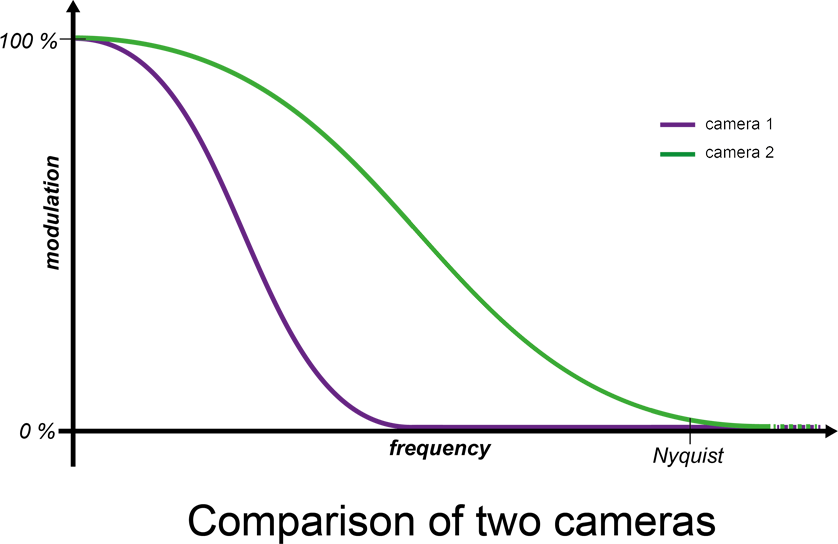 Camera 2 drops faster to zero and so is not able to resolve higher frequencies. 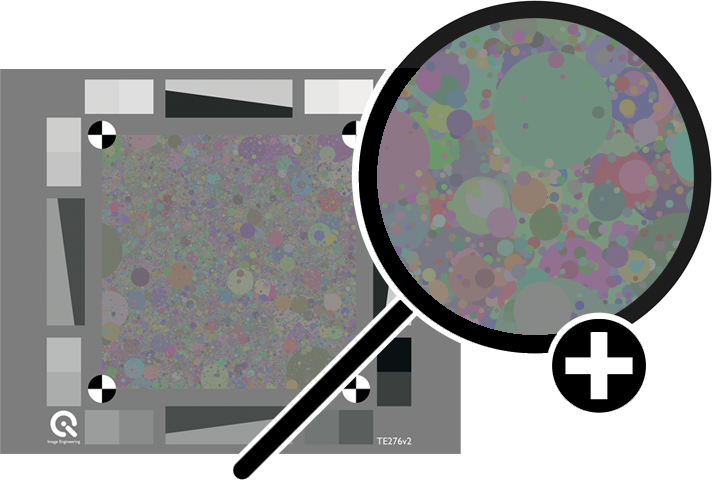 What can we learn from it?

When to use Siemens Star charts and Dead Leaves charts?

All of these charts and more will be on display at the IBC 2017. Stop by our booth (hall 12 number E16) and let out engineers show you how you can more accurately measure the resolution of your device. We hope to see you there!

You can also contact us at with any further questions.