The first thing of note upon entering the image quality test laboratory is the absence of windows. Thus, even on a sunny day, light can be controlled and consistent. Temperature is also controlled, to prevent the influence of heat or cold on image noise and resolution.

The first room on the tour is the primary testing room, the entire wall and ceiling space is black. The dark walls and lack of windows prevent any stray light from being reflected back into the room. These walls ensure that the laboratory test results are accurate, especially when measuring low light performance.

The primary testing room stretches away from you – it is over 23 meters long and five meters wide. Running the length of the floor are two solid metal rails. On one rail, a heavyweight tripod stands for easy forward and back positioning while supporting the device under test. The tripod is positioned in front of a large test stand, which contains various reflective test charts such as the TE42. A similar such test stand can be seen at the far end of the long room. Each test stand is equipped with a pulley system to quickly change out the charts without having to touch them during testing. The charts are always flanked by light sources that provide different light intensities (up to 2500 lux) depending on the test requirements. 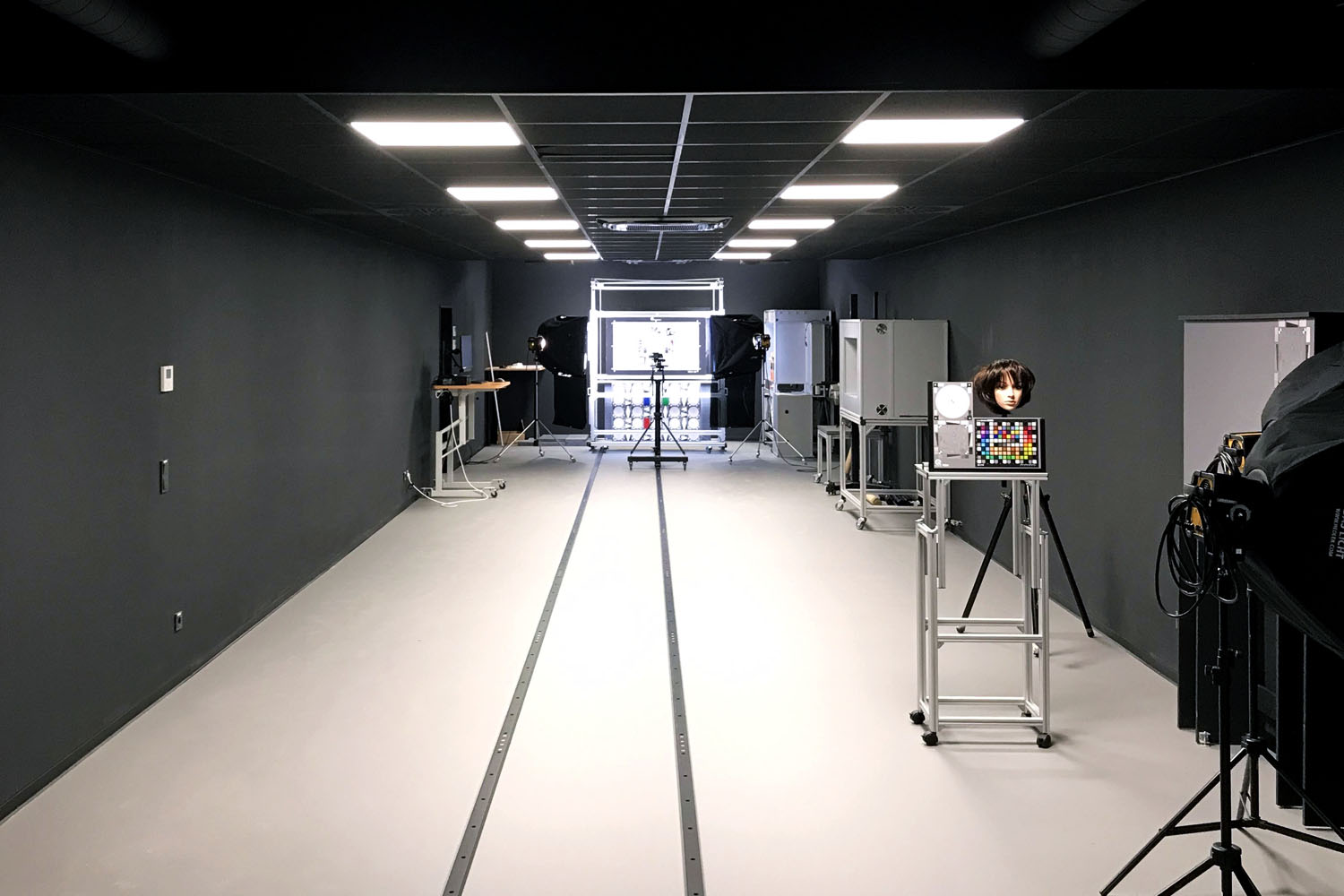 All throughout the room, you will see numerous devices for testing the various aspects of image quality. These devices include smaller test stands (i.e., iQ-Selfie Studio) as well as specific setups for regular clients, such as the lightSTUDIO scene used to make test shots at different light intensities and color temperatures for TIPA. There are also devices for camera calibration, measuring shading, and assessing light intensity. Floor-to-ceiling black curtains hang against the black walls separating the different sections to allow multiple staff members to run different tests at once.

The primary testing room we’ve just explored is not the only space used for testing. If you proceed back into the hallway, you will notice the iQ-AF Box for measuring autofocus speed. This device is at the end of the long hallway allowing a longer tele lens to be measured. Inside the box is the LED-Panel that permits very precise measurements of shutter lag. Our test staff is even able to measure negative shutter lag!

Walk a few meters down the hall, and you will come to another room, also with black walls. This room is used for a variety of tests including checking image stabilization on STEVE as well as for OECF measurements with transparent test charts.

Finally, you come to a third room with white walls (black curtains available for cover). This room is used for scenes that require a brighter environment.

Well, that was exciting! Perhaps you will come in person and see the extensive layout of IE test charts and test setups in a dedicated space such as the bespoke test laboratory in our new building in Kerpen near Cologne. Do come and visit us some time!