The iQ-Depth Calibrator is a test stand designed specifically for the depth map calibration and the characterization of the depth performance of a time of flight (ToF) camera system.

A ToF camera is a highly advanced camera system that is capable of depth mapping a scene. A ToF camera can accurately measure and 3D map object distances with a scene in a single shot by calculating the exact time the sensor releases the signal, and then measuring its return to the senor after bouncing off the object. In other words, the sensor can analyze the depth of the objects and recreate the scene.

The iQ-Depth Calibrator is built around the iQ-Bench and a unique test chart. For this type of system, it is important to consistently capture the full chart in the test image even when the DUT changes positions. The test chart uses a perpendicular laser (as opposed to the normal parallel) to ensure its accuracy. This chart can be customized with different shapes, materials, object planes and reflectivity to measure the ToF cameras depth performance.

The DUT is mounted on the iQ-Test Bench/-M (with or without motorization) and customized for length. When using the iQ-Test Bench-M, pre-defined precise test positions can be set in the control software. The test images are recorded together with the exact position of the DUT on the Bench so that the ground truth is always known*.

Once calibration is completed, any remaining errors are more easily identifiable by comparing the ground truth to the calibrated depth information. Repeating this process from several positions will present a clear picture of the DUT’s depth mapping performance and where data calibration and processing must be improved.

*The ground truth for the ToF depth measurement is determined by the homogeneously reflecting target. 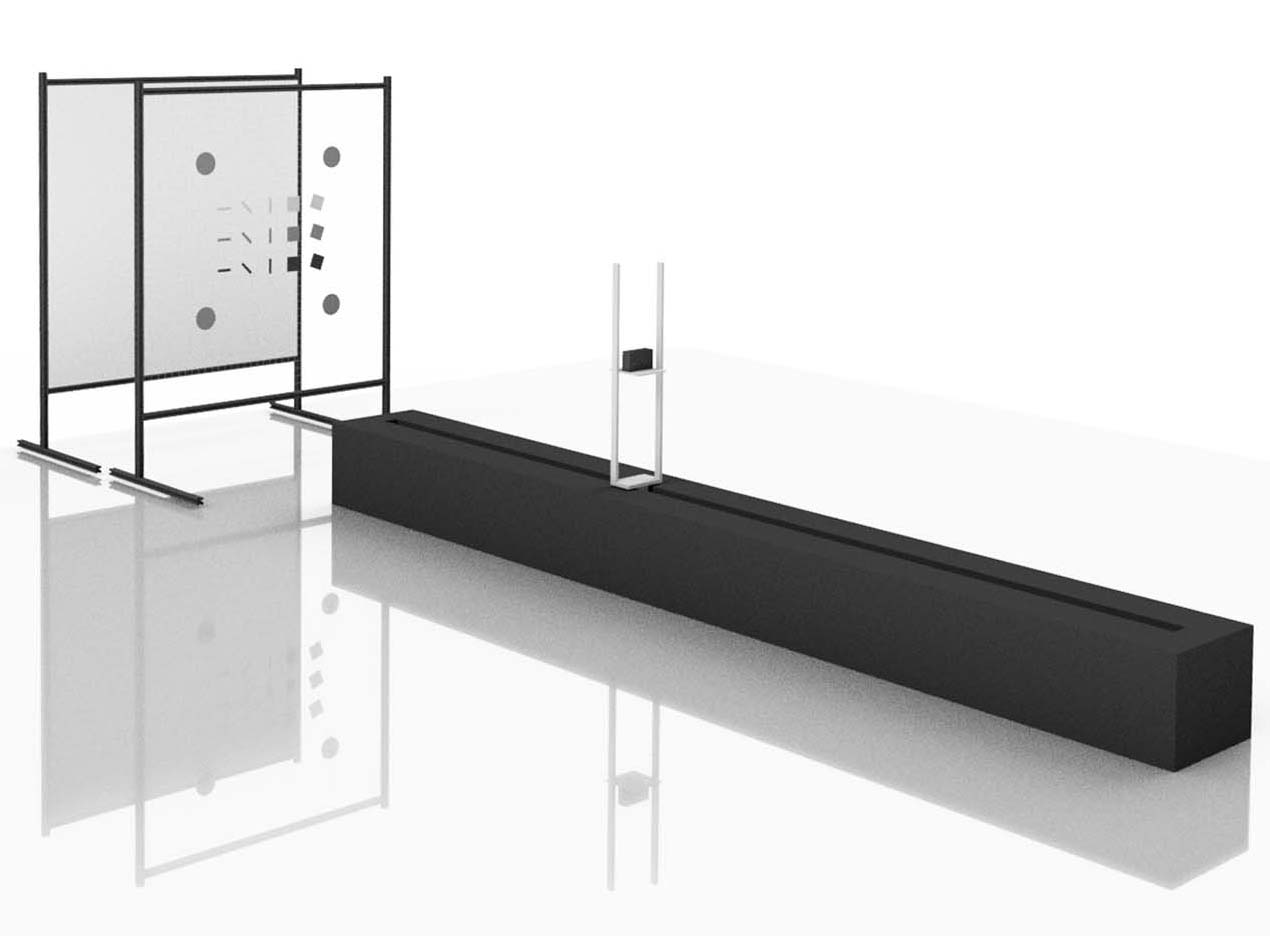 **Only applicable for motorized version (iQ-Bench-M)