The article below details our recent collaboration with pmdtechnologies to design a test stand for ToF camera systems.

Our mission at Image Engineering has always been to improve image quality from the ground up. Back in 1997, we starting testing cameras in (what was at the time) a state of the art testing lab. As technology advanced and digital imaging began to play a more central role in society, it became apparent that new imaging technology would also be necessary to further advance image quality testing.

Most of the devices we send out today are thoroughly vetted and fine-tuned in our lab before they are made available to the public. Nevertheless, every once in a while, we receive a special request for a device that we do not use in our lab. In this case, we work with the company to develop a solution to fit their requirements.

Our most recent venture gave us the opportunity to work with pmdtechnologies and their partners. pmd is a highly regarded world-leading manufacturer of 3D digital imaging devices and solutions. One of their more recent projects saw them working together with other technology companies with the goal of developing time of flight cameras. These cameras are based on 3D image sensors and built with pmd technology.

What is a ToF Camera

What exactly is a time of flight camera? A ToF (as it is known) is a highly advanced camera system that is capable of depth mapping a scene. Compared to other camera systems, ToF can accurately measure and 3D map object distances within a scene in a single shot. This feat is performed by calculating the exact time the sensor releases the signal and then measuring its return to the sensor after bouncing off an object in the scene. Thus, the sensor can analyze the depth of the objects and recreate the scene.

Although 3D ToF cameras require more advanced technology, they still encounter certain systematic errors similar to 2D cameras. As such, a camera calibration needs to be performed to ensure the best possible measurement performance of the ToF camera. The challenging part of a 3D calibration is using a reliable hardware setup for accurate testing. Luckily, through mutual contacts between our engineers and the engineers of pmd, we connected and began working together to develop a solution. 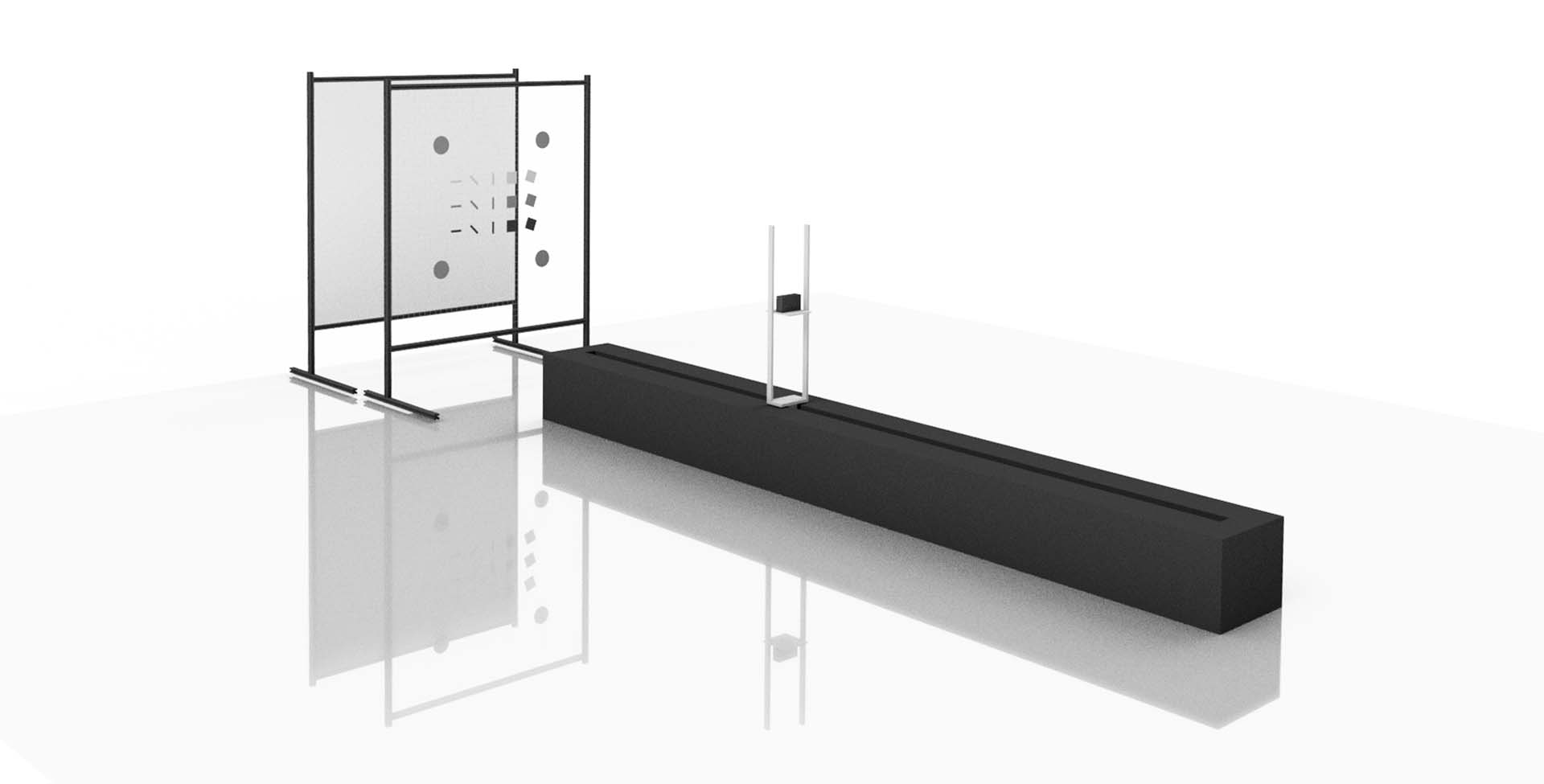 So, what does this solution entail? The main idea was to create a test stand that is compatible with a ToF camera, one that can be used to test for systematic errors. While this seems similar to a normal test stand, this particular one had to be constructed in a way that allows for the determination of the depth calibration parameters in small and medium series while simultaneously providing the characterization of the depth performance and noise.

Over the course of six months, our R&D department worked diligently with pmd to build the test stand. Naturally, there were a few challenges in development, such as consistently capturing the whole chart in the measurement when the device under test (DUT) changes positions. This set back was solved by designing a new chart and using a laser that is perpendicular to the chart as opposed to parallel. Even though these challenges proved difficult, they ultimately lead us to a successful and more accurate ToF test stand that has come to be known as the iQ-Depth Calibrator.

How exactly does the iQ-Depth Calibrator work? Once the DUT is connected to the rail of the test stand, it moves to pre-defined positions that were set in the control software (software designed by pmd). At each position, the DUT stops and captures a few depth images. Thanks to the precise motion control by the software, the relative distance between the DUT and the target is always known.

The images are recorded together with the exact position of the DUT on the rail so that the ground truth is always known. The ground truth for the ToF depth measurement is determined by the homogeneously reflecting target.

Once calibration is completed, any remaining errors are more easily identifiable by comparing the ground truth to the calibrated depth information. This process provides information to improve data calibration and processing. Repeating this process for several positions will present a clear picture of the DUT’s performance and give the engineers a clear idea of where changes need to be made.

There you have it, by combining advanced hardware with precise motion control software, we can now more accurately determine the depth calibration and the characterization of the depth performance of a ToF system. 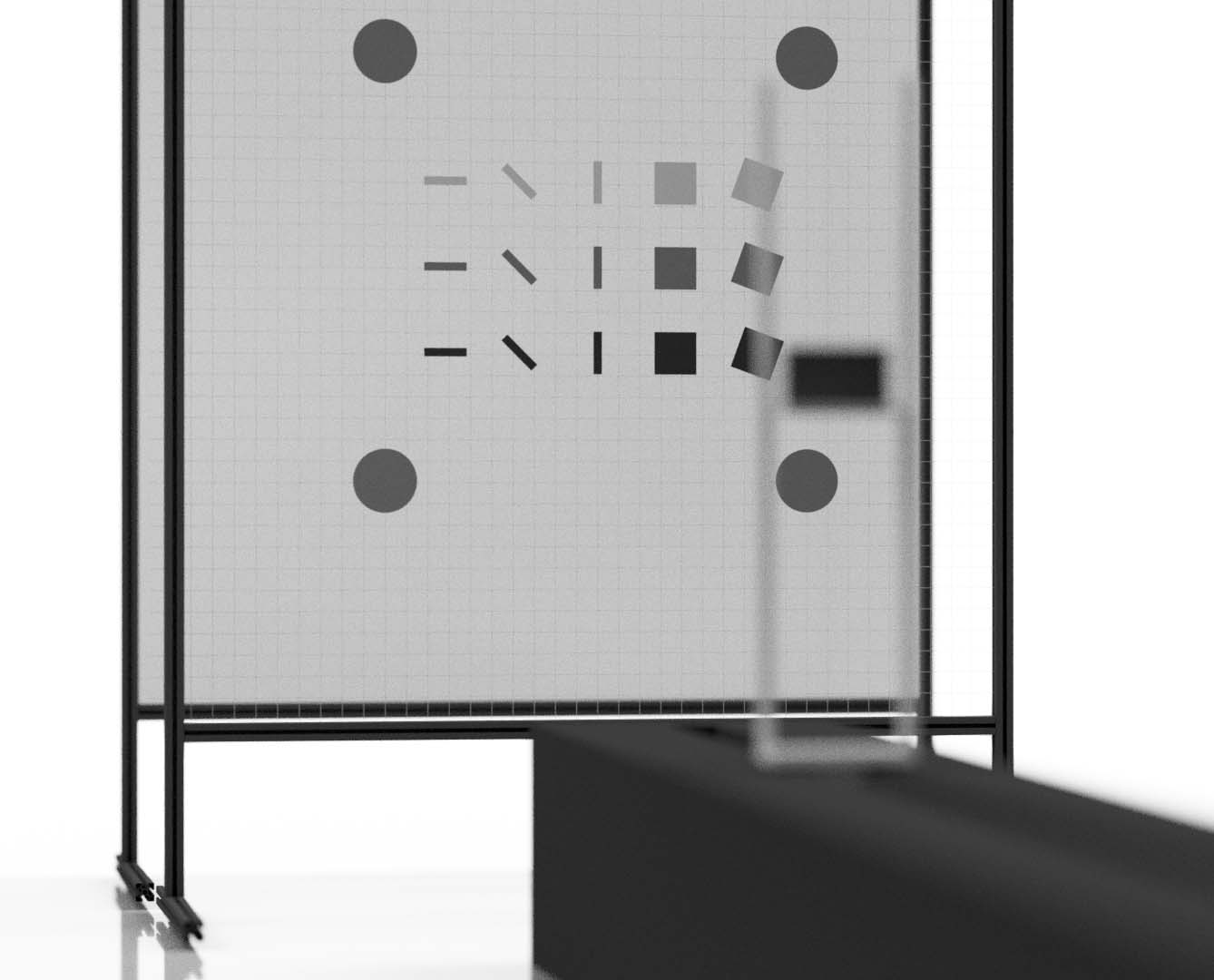 Are ToF systems relevant today? Even though ToF is a fairly new technology, the advanced mapping techniques are making ToF systems increasingly significant in certain applications. Automotive applications, for instance, are utilizing ToF to improve safety and expand autonomy. Other applications include machine vision and robotics where ToF cameras can assist machines and robots to accurately survey and evaluate the scene in front of them.

To ensure these systems are performing to the best of their ability, it has become crucial to test the overall sensor and image quality to better prepare and avoid potential (possibly fatal) errors. It is our hope that the iQ-Depth Calibrator can be the first step to more efficient ToF systems.

We would like to thank our partners in pmd for allowing us to assist in building the iQ-Depth Calibrator. We look forward to future collaborations with them as well as with anyone else that wishes to improve the image quality of their devices from the ground up.

If you have any further questions about the iQ-Depth Calibrator, please contact us.